The image of “planting seeds” has been used in the church culture to reference discipleship and evangelism since the parables of Jesus. 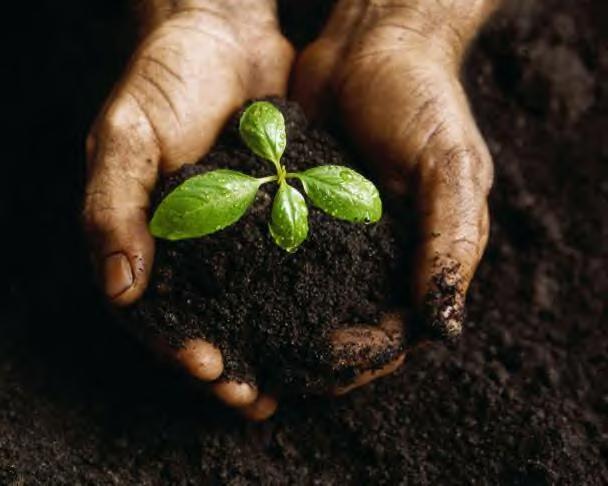 In a culture that is rapidly relying on technology more and more I am fearful that many of us miss or fail to understand the things that go along with planting seeds and harvesting the return.

Today’s blog is dedicated to things we need to keep in mind when “planting seeds.” Let’s think together.

The size of the seed is irrelevant.

In comparison to the entirety of a plant the seed is a very small thing, but without it there can be no harvest. In fact, sometimes the smallest of seeds can produce the largest harvests or the sweetest fruit. The parable of the mustard seed that Jesus gives in Matthew 13:31-32 points this out. It says,

He put another parable before them, saying, “The kingdom of heaven is like a grain of mustard seed that a man took and sowed in his field. It is the smallest of all seeds, but when it has grown it is larger than all the garden plants and becomes a tree, so that the birds of the air come and make nests in its branches.”

Planting a seed isn’t always a huge undertaking, but it remains an awesome responsibility.

You may feel as if you don’t have much to offer. Maybe you don’t have it all together, or you feel inadequate in your knowledge of Scripture, but the good news is that Christianity does not always require big tasks, specific skills, or the IQ of Einstein… it may sometimes require them in which times the Lord will provide. However, it is the things in which are small in the eyes of the world that Christianity relies on. Planting seeds isn’t hard and discipleship/ evangelism only require willingness.

The ground must be prepped.

When planting seeds it isn’t always enough just to scatter seed in all directions because we are unwilling to prepare the ground in which we desire to sow.

Growing up my family had gardens. Some were big and some were small… but all took prep work. I distinctly remember the times my Dad tilled the dirt. It was hard work! Through that I learned that never once did they just plant a seed, but first they prepped the ground, and then they planted, watered, maintained, and pruned that seed/ plant until it budded and bore fruit or crop.

Sow for yourselves righteousness; reap steadfast love; break up your fallow ground; for it is time to seek the Lord, that he may come and rain righteousness upon you.

Sometimes we have to break the ground and spend time in preparation for a seed to have a fighting chance.

That same day Jesus went out of the house and sat beside the sea. And great crowds gathered about him, so that he got into a boat and sat down. And the whole crowd stood on the beach. And he told them many things in parables, saying: “A sower went out to sow. And as he sowed, some seeds fell along the path, and the birds came and devoured them. Other seeds fell on rocky ground, where they did not have much soil, and immediately they sprang up, since they had no depth of soil, but when the sun rose they were scorched. And since they had no root, they withered away. Other seeds fell among thorns, and the thorns grew up and choked them. Other seeds fell on good soil and produced grain, some a hundredfold, some sixty, some thirty.

Some seeds take longer to sprout.

The Christian life the way God wills it isn’t easy. We can fall into the trap of discouragement or complacency for lack of results or harvest. Let’s face it… planting can be hard. We may never see some of our crop develop! Some seeds we plant will never develop, hindered by timing, receptivity, or circumstances.

Christians who feel the need to succeed every time will soon get discouraged and become ineffective. The secret to ward of the attacks of the enemy where he whispers in your ear that, “you aren’t good enough, skilled enough, taken for granted, or in the position to” plant seeds that will develop for the Kingdom is to keep planting.

I used to live in a rental house and one winter I noticed a pile of what looked to be crushed cereal in a cabinet. Upon further investigation I discovered a hole in a great big bag of cereal that could have only been caused by a mouse. So… I did what every responsible adult concerned about the well being of their cereal would do… I bought mousetraps. I can clearly remember sitting in my bedroom one evening typing away on my computer when I heard it. SNAP! I ran into the kitchen with excitement and flung open the cabinet only to find that the mouse had set off the trap and gotten away with the bait! So… I bought more traps. For three days I attempted to get that mouse and for three days that mouse foiled all of my best laid plans and snares. By the fourth day every square inch of that cabinet was practically covered in traps and what-do-you know… I got him!

I tell you that ridiculous story only to point out that when your traps aren’t working and your seeds aren’t growing the solution is to keep setting and keep planting. Inevitably some seeds will take root, grow, and produce a great crop in the same way that eventually when the mouse has nowhere left to go he will be caught.

When planting seeds it is important to remember that whether the seed sprouts and matures is not your responsibility, but planting the seed of God’s word is.

Therefore go and make disciples of all nations, baptizing them in the name of the Father and of the Son and of the Holy Spirit, and teaching them to obey everything I have commanded you. And surely I am with you always, to the very end of the age.

It is our responsibility to plant and we do not receive the credit or the glory when fruit is produced.

As Christians we must stop being concerned with who receives the credit for the seed that grows. Perhaps an idea or a project begins with you and then another leader sees that idea and builds upon it. Since God is the source of all the good and its growth, it does not matter. We should rejoice in what God is doing wherever it appears, and continue to work together.

For while there is jealousy and strife among you, are you not of the flesh and behaving only in a human way? For when one says, “I follow Paul,” and another, “I follow Apollos,” are you not being merely human? What then is Apollos? What is Paul? Servants through whom you believed, as the Lord assigned to each. I planted, Apollos watered, but God gave the growth. So neither he who plants nor he who waters is anything, but only God who gives the growth. He who plants and he who waters are one, and each will receive his wages according to his labor. For we are God’s fellow workers. You are God’s field, God’s building.

It is by God’s will that seeds take root. The person who plants the seed cannot make the seed produce life. That is dependent upon the soil and the Son. Our role as sowers is simply to distribute the Heavenly seed and God and the soil are responsible for whether that seed takes root and grows. Mark 4:2-20 gives us that parable of the sower in a different fashion. Read it and pay close attention to the sovereignty of God in where the seed falls and what seed takes lasting root.

He began to teach them many things in parables, and in his teaching he said to them: Listen! A sower went out to sow. And as he sowed, some seed fell on the path, and the birds came and ate it up. Other seed fell on rocky ground, where it did not have much soil, and it sprang up quickly, since it had no depth of soil. And when the sun rose, it was scorched; and since it had no root, it withered away. Other seed fell among thorns, and the thorns grew up and choked it, and it yielded no grain. Other seed fell into good soil and brought forth grain, growing up and increasing and yielding thirty and sixty and a hundredfold. And he said, Let anyone with ears to hear listen! And he said to them, Do you not understand this parable? The sower sows the word. These are the ones on the path where the word is sown: when they hear, Satan immediately comes and takes away the word that is sown in them. And these are the ones sown on rocky ground: when they hear the word, they immediately receive it with joy. But they have no root, and endure only for a while; then, when trouble or persecution arises on account of the word, immediately they fall away. And others are those sown among the thorns: these are the ones who hear the word, but the cares of the world, and the lure of wealth, and the desire for other things come in and choke the word, and it yields nothing. And these are the ones sown on the good soil: they hear the word and accept it and bear fruit, thirty and sixty and a hundredfold.

Only God can make what you have planted grow.

A plant must be maintained.

We know that in order to grow plants and get good produce we have to water our plants, give them fertilizer, prune them, and protect them from weeds and pests (I’m sure we all know some of those).

If left all alone a plant has a greater likelihood of succumbing to the elements of the world and dying. In the same way we must not plant our seeds and walk away to the next garden.

Imagine a tomato plant. What happens as it grows taller and gets heavy tomatoes on its branches? It begins to sag and droop. The weight of gravity pushing down on it wants to bend it, break it, and drag it to the ground. How many of us have felt that way under the weight of the world? As sowers it is our responsibility to aid that plant and place a stake in the ground to help hold it up. We are supposed to come in alongside each other and hold each other up!

As sowers we must not neglect our seed.

So… how are you doing as a gardener for the Kingdom?